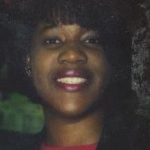 Fafa Heroine Abla Demasio, a law school graduate with talents in a wide range of areas, including writing, died on May 18, 2021. Fafa H. Demasio succumbed to stage 4 breast cancer at age 56 after a characteristically resilient effort.

Friends and family knew Fafa as being strong-willed and demanding yet relentlessly supportive, genuine and kind. She often flashed an inviting smile. A great listener — and talker — Fafa’s conversations with friends often stretched for hours.

Fafa often showed her love by creating distinctive cards with personalized messages, or crocheting blankets so skillfully that recipients kept them for decades. She contacted friends not just on birthdays but various anniversaries, using meticulous penmanship in her journal to keep track of occasions. One close friend chose Fafa as the godmother of her firstborn because “she was a good example of what I wanted my daughter to emulate as she grew up.”

Fafa Demasio was born on October 6, 1964 in New York while her father, a diplomat, was on assignment to the United Nations (where she would work one day). Fafa lived in Accra, Ghana for several years until her mother, Dorcas Demasio, returned permanently to Manhattan in 1975 with her five kids. Fafa attended multiple churches — sometimes on the same day — and played the flute in the orchestra. She retained a strong Christian faith.

After obtaining a Bachelor of Arts from Hunter College in 1988, Fafa decided to pursue law while showing interest in publishing. Through Bill Proctor — the prolific bestselling author — Fafa earned acknowledgements for an editorial role in several books published between 1986 and 1989: Willard Scott’s All-American Cookbook, by the NBC weatherman; Your Maximum Mind, by Herbert Benson, M.D.; and Power Borrowing, by financial expert Sandra Fiebelkorn. Fafa — who had met Proctor at church — drafted a booklet for “The Order of Saint George,” a Bible memory program.

Fafa graduated from Seton Hall University Law School in 1994 after interning at the United Nations. (Her studies had taken her to Italy and Germany.) But following several years in the legal profession, she switched gears: indexer at a publishing company, editor at a book-packaging firm and fraud investigator. She enjoyed freelance writing and editing. Fafa parlayed a voracious reading appetite into writing dozens of book reviews, especially on Amazon. Under her pen name — and alias — “Paz,” Fafa self-published a novella, Vacation Souvenir, that brought her satisfaction.

Over the years, Fafa took interest in telenovelas, cooking, photography and nature. She created multiple Instagram accounts to reveal some of her passions, and earned more than 1,000 followers, who showed strong engagement. Her main Instagram page, Harlemfotofootin, was for “discovering ordinary beauty in Harlem and beyond.” Fafa posted everything from artwork embedded on the pavement to a traffic light plastered with a poster, “Love begets love; Hate begets hate.”

Fafa kept a nature journal that she used during long walks, especially in her neighborhood of Morningside Heights near Columbia University. Thus, another Instagram account — fafa.finds.city.nature — bloomed for “discovering NYC’s other side.” For example: honey locust leaves atop a manhole cover on a rainy day and moss at the base of a bench. Her IG account, pazdrawsbirds, offered her sketches of black-capped chickadee, screech owl, American goldfinch, Arctic tern, hummingbirda and robins.

With a constant desire to learn new things, Fafa studied Spanish/Portuguese and a bit of Turkish and German. She loved Spanish telenovelas, discussing them daily with fellow aficionados. The interest prompted one relationship with a woman in California that stretched 25 years. Although the two saw each other just once, they become besties through regular exchanges about telenovelas and life.

Fafa was closest to her only sister, Aseye Portia Demasio, who developed lupus during a stint in the Peace Corps before passing away on October 20, 2010. For a few years, Fafa sacrificed to help her mother care for Aseye. Her youngest sibling, Nana, had died in Kobe, Japan in 1995 during an earthquake. 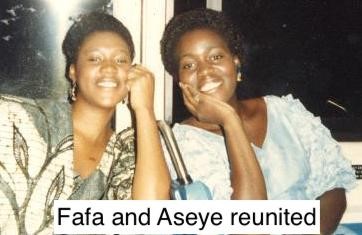 After Fafa’s cancer metastasized, she found herself back at her place of birth: New York Hospital. She brought her purple journal which included sketches of birds and watercolors of flowers. One card she glued inside advised: “BREATHE IN PEACE; BREATHE OUT STRESS.” Fafa — whose name means “peace” — continued to take daily notes when doctors gave her a few weeks to live.

“Be kind to yourself” was near the bottom of Fafa’s GUIDE FOR LIFE. Indeed, she knew what she wanted; and didn’t hesitate to ask (sometimes making persnickety requests). The hospital staff nicknamed Fafa “diva.” Nonetheless, Fafa showed her well-known selflessness and empathy: Her hospital roommate never received any visitors and constantly looked sad. “I feel for her,” Fafa texted Nunyo from her hospital bed. “She seems very lonely and discouraged.” Fafa waved to her roommate who responded with a blank stare. But Fafa kept waving — and encouraging — until being discharged to a Bronx hospice where she lived for almost two more weeks.

Fafa M. Demasio did not marry or have children. She is survived by her mother (Dorcas); two brothers (Nunyo and Bubu); cousin; Dr. Kafui Demasio and second cousin, Ezekiel Nana Demasio.